There’s always a sort of cleanup that needs to be done after an episode, isn’t there? Piles of laundry to do because you’ve neglected them while depressed or manic. Tons of other chores. I guess some people have lots of things to return to various stores when finally thinking clearly enough to regret reckless spending. Not to mention apologies to be made. For like, not answering texts or being distant or even an outright jerk. Stuff of that nature.

I don’t think I fucked up TOO much over the last 2ish weeks. I ignored texts. Called out of work like 3 times (more on my utter failure in regards to jobs in a moment). Snapped at one or two people. I have tremendous guilt about all of that. But mostly I just slept and cried and neglected a few household chores, so overall I’m not in too bad shape.

But I still feel like there’s major emotional cleanup to be done. There’s debris scattered everywhere in my recently-normalized mindset (as normalized as it ever was, anyway). Everything has been blown miles away from where it started and now I can barely remember what goes where. I still have the fear of another episode happening, and now that I’m (pretty much) better, I don’t know what to do with that fear. It’s an out-of-whack thing to carry emotionally. I can’t explain it. And I’m still confused about what in the fuck actually happened, because as much as I can write about it and try to make sense of it or whatever, what actually happens to make me want to drop off the face of the damn earth? What just occurred, because it’s all a blur to me. Aaaaaand of course, there’s that guilt I don’t know how to deal with. I literally spent DAYS just sobbing. Lots of which was done in public. And portions of that done at work. I’m not embarrassed. I really couldn’t give a shit if people see me as some random chick sobbing in pain. That’s basically what I am: some random chick sobbing in pain. But I probably should be embarrassed. It’s more guilt, though. Or just feeling stupid and inadequate. I should be able to function in my shitty ass job and I should be able to handle the stupid fucking responsibilities I have.

It’s also confusing because I feel too much. And I’m not sure all that makes its way up to my brain. Makes processing and cleaning up those emotions a lot more difficult. There’s a disconnect that once again I’m incapable of explaining, at least at this moment.

(Maybe next time will come much much later, and clearly I’m in for another med adjustment, but like…yeah) 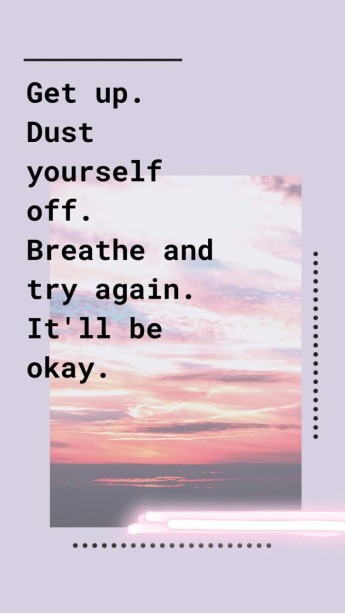 ||Coffee enthusiast, lover of books, Disney fanatic, planner addict. I like inspirational quotes, stationary and pens and stickers, taking/saving pictures of things that make me happy, and writing about nonsense. Rainbows are my favorite things. I think tattoos are awesome, and I want to get more. I'm going to publish a book about my having conquered anorexia one day. || I am here to properly document the lessons I'm learning as I journey to self-fulfillment. I'm trying to figure out my life, which is proving to be tougher than I thought it would be. But I'm determined to find the positive in this situation. And I will not settle for anything less than happiness and success. || It takes rain to make a rainbow! View more posts